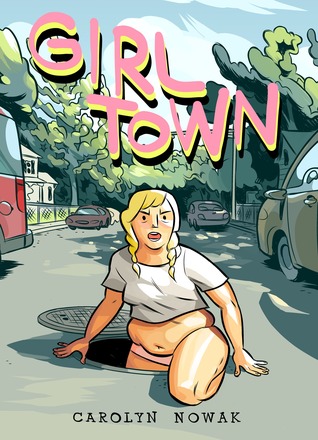 I don’t read a lot of sequential art. I want to be blown away but I nearly always end up just feeling mildly disappointed.

Girl Town is brilliant and soulful. It’s like a punch in the gut at times and at other times I just have no idea what’s going on –– but I know whatever it is, it’s inspired.

The very best doesn’t just entertain you. It challenges you, it inspires you and it confronts you.

Girl Town does all of that and a whole lot more. Five Stars … honestly I’d give this book all of the stars.  I read it a week ago and I still can’t stop thinking about it.

Close to the Bone (by Kendra Elliot)

FBI Special Agent Cate Wilde is back home on a remote Pacific Northwest island recovering from a gun shot wound when she skeletal remains are discovered and she is. Together with the island’s new doctor who also happens to be the island’s  coroner she investigates a murder that happened many years ago.

A Bone to Pick (by Melinda Leigh)

Sheriff’s Deputy Tessa Black gave up her career as a detective with the Seattle PD and returned to Widow’s Island to care for her ailing mother who has dementia.  She thinks her life will be one of turning a blind eye to the island’s marijuana supplier and investigating petty crime. But when one of the island’s artists is gruesomely murdered she finds herself once again investigating the violence she thought she had left behind in Seattle.

Kendra Elliot and Melinda Leigh are regular collaborators.  They must have published over a dozen books in the Rogue River series and its many sequels.  Now they have put those series’ to bed and have started this series set on an archipelago loosely based on the San Juan Islands in Washington.

As with Rogue River these books are short with a page count somewhere around 100 for each of them.  That is both a strength and a weakness.  They are quick and entertaining, you could polish them off on a lazy Sunday afternoon. But that is done at the expense of story and character development which will happen over time with each new offering.

The thing that makes these books just a little bit better than the competition is likeable characters and the two authors are plainly enjoying themselves.

Many thanks to Montlake Romance and Netgalley for providing me with review copies of these books. 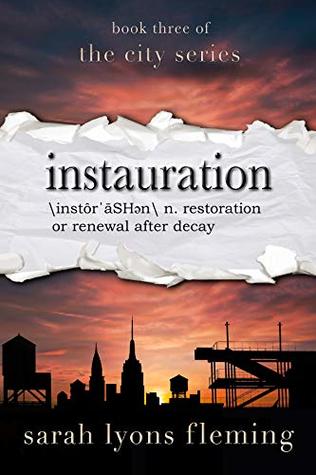 Instauration is book 3 in the City Series. For the best reading experience, read Mordacious and Peripeteia first.

After Walt and his gang attacked the Sunset Park Safe Zone (book 2 Peripeteia) Sylvie, Eric and the other survivors find themselves on the run.  They take refuge in the Stuyvesant Town Safe Zone where they plan their revenge on Walt.  But things are anything but safe in the city and zombies aren’t even the worst of it. Sylvie and her friends are assailed on all sides by psychopaths who think nothing of murdering and raping to get ahead.

Most zombie books are fluff. They are basically comics and you can’t take them too seriously. That’s not the case with Instauration. It’s brutal, uncomfortable and hard to read in parts.

You desperately want all the people you have come to love over the three books to get their happy ending. Not all of them will.

An orphan with a rare type of magic does battle with an evil queen to save the kingdom and prevent a war. If that doesn’t sound familiar my question is, where have you been?

So yeah. It’s pretty much every Jennifer Estep book but I don’t think that’s a problem. Most of those books were pretty damned entertaining and Kill the Queen is up there with the best of them.

5 Stars because it’s great, minus 1 Star because it really is just like every other Jennifer Estep book.