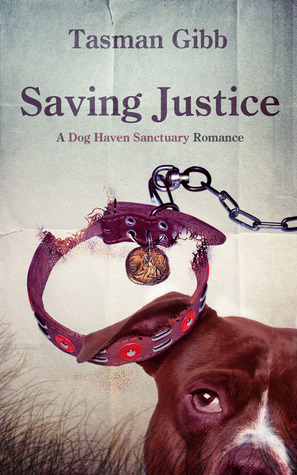 After a dog fighting ring is smashed, Justice, a traumatised dog is taken to Dog Haven Sanctuary to be rehabilitated. Marlo who is in charge of the sanctuary has suffered just as much trauma in her life as Justice. Suffering from PTSD after a sexual assault she prefers the company of dogs to people.

After his wife was killed in a revenge attack aimed at him, Adam took a leave of absence from the police force in New Zealand and accepted a job for an animal welfare organisation. In the U.S. to observe the law enforcement response to dog fighting, he meets Marlo and immediately recognises the signs of PTSD.

Together they slowly bring Justice back from his almost withdrawn state and as they are working with Justice, Adam also starts to help Marlo deal with her traumas. But with anti-Pit Bull groups agitating to have Justice declared dangerous and destroyed, the dog-fighting criminals out on bail and a spy within the sanctuary, tensions are boiling over, and before long Adam will need to return to New Zealand leaving Marlo once again on her own.

Saving Justice was a bit of a mixed bag for me. I loved the Dog Haven Sanctuary…the rehabilitation of Justice, even the idea that there were anti-Pit Bull groups trying to steal Justice and have him euthanised. But what could have been a great story was lost in the telling.

I don’t really know why Adam was a New Zealander except for the fact that the author originally came from New Zealand. It added an extra layer of complexity to a story which was already quite dense. Adam is supposedly a tough as nails cop, but for most of the book he came across as a one of those hippie / counsellor…’how does that make you feel’ types.

Most of my friends loved this, giving it four and five stars. I think I’ll be on my own in rating it three stars.