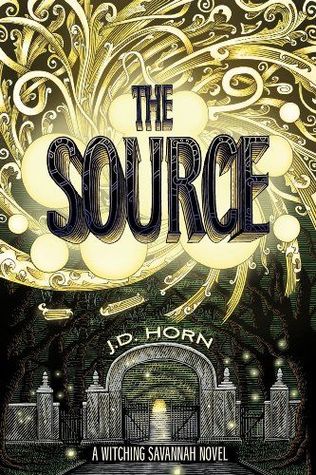 When Mercy came into her powers at the end of book one, The Line her almost normal life ended. Now she has gone from being the one with no powers who was routinely dismissed to being at the centre of a seething maelstrom of plots and counter-plots.

When her mother who she thought was dead shows up telling her to trust no-one she doesn’t know where to turn. Together with the one person whose motives she fully understands, Aunt Ginny, she tries to find the truth in a whole haystack of lies.

The Source is a much better book than The Line. It feels like a more well rounded book, the story feels stronger and all in all it’s more entertaining. It’s not perfect, it felt like it was wandering off in the wilderness in the middle section and there was really too much going on, but taking into account that this is the author’s second novel (the first being The Line) it’s quite an impressive effort.