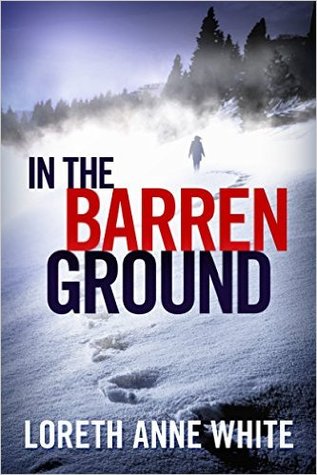 After her lover committed suicide, Tana fell into a deep dark depression during which she found comfort in the beds of random strangers. Finding herself pregnant to a married superior and unwilling to get an abortion she accepts a transfer to Twin Rivers, a remote town in the Barrens close to the Arctic Circle. As the only police presence in a town that’s often cut off from the outside world she finds herself isolated and untrusted.

When two biologists are killed, everyone is convinced it’s a tragic animal attack, everyone except her. She immediately notices that things aren’t quite right and begins to investigate. And as she pulls at the threads and tries to unravel the mystery a serial killer has decided that Tana needs to be dealt with before she gets too close to the truth.

Writing good romantic suspense is not easy. Even the best writers of the genre often dip into clichés and caricatures. But thankfully, not so here. The story isn’t particularly original, but it’s written with a deft hand, the characters are interesting and the location pushes in on all sides with an almost palpable atmosphere making what could easily be average into something great.

It feels a lot like the best from Linda Howard and Karen Rose but dare I say it, this is a little better.