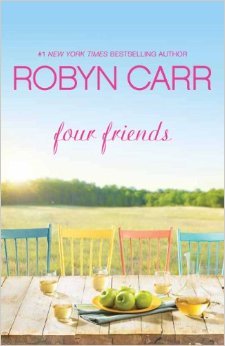 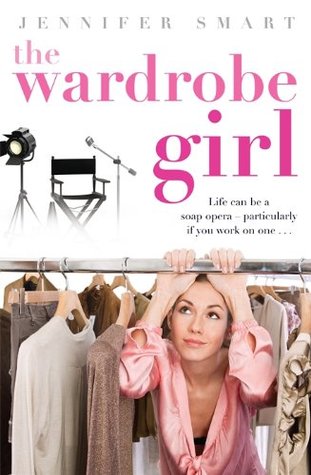 When Tess’s boyfriend breaks up with her by showing up on the red carpet with another woman, she quits her job working as a costume designer for the BBC, packs up her life and movies back to Australia. Working as a wardrobe assistant on a low budget Australian soap opera isn’t where she envisioned her life heading, but it’s the fresh start she needs.

Eight years earlier, when Tess was offered her dream job, Jake left her rather than putting his own dreams on stand-by. Now he is back in Australia with his beautiful fiancée and a job as director on Tess’s soap opera.

With a family that’s oblivious to her feelings –– sleazy, albeit very good looking, actors hitting on her –– and old hurts coming to the surface, Tess struggles to maintain her professionalism and keep her personal life from falling apart.

This was a difficult book for me. There were things I really didn’t like…things that I struggled with. There is a gritty honesty that’s not always easy to take, a warts and all realness to the characters that occasionally made me want to look away. But when I remove my personal prejudice I have to admit this book is pretty damned amazing even if it wasn’t the cute and quirky feel good rom-com the cover suggests.

Many thanks to Random House Australia and Netgalley for providing me with this ARC.

The Secret of Everything.

Tessa is a professional guide. Tourists who want a little more adventure than they can get at a five star resort pay her to lead them on hikes. After tragedy strikes on a hike she was leading, Tessa is left broken both physically and emotionally. With all consuming grief and despair she returns to Las Ladronas, the New Mexico town where she spent her earliest years.  Years she can’t remember.

As she starts to pull at the threads of her past, she discovers things about herself and those closest to her. With the help of a man and his young daughter she finds the strength to move forward.

The Garden of Happy Endings.

After a young girl in her congregation is brutally murdered, Reverend Elsa Montgomery has a crisis of faith. Depression consumes her and she returns to Pueblo, Colorado, to the parish she left behind many years earlier and the man who abandoned her to join the priesthood.

While there she finds herself working in the poor community to create a community garden, and as she works in the garden her broken heart finally starts to heal.

It’s hard to avoid superlatives when talking about these books.  Barbara O’Neal writes honest books about depression, grief and PTSD. Her books are unconventionally spiritual and about finding healing and the strength to keep living.

After the death of an old army buddy, Cooper travels to Thunder Point, Oregon determined to find out what happened. While there he learns that his friend has left him a run down bait shop and a large parcel of pristine beach front  land. But Cooper is a wanderer at heart and settling down isn’t in the plan.

Sarah is a U.S. Coast Guard helicopter pilot. She moved to Thunder Point to escape her cheating ex-husband, not so easy to do when you work out of the same base. His betrayal was so deep that she can’t trust any man and especially someone like Cooper who freely admits he has commitment issues. But as Cooper steps in and helps Sarah’s brother who is facing bullying at school, she finds herself drawn to him.

Robyn Carr doesn’t just write romance novels, she writes whole communities. The Wanderer centres around Cooper and Sarah, but it’s in no way only about them. Characters and story lines are introduced which will come into focus in future books. It’s one of the things I love the most about  Robyn Carr’s writing. Stories don’t just end on the last page of the book, we will revisit these same characters in each book in the series.

I found this book to be a little busy in the first couple of chapters but after that it settled down into an intelligent story about ordinary people trying to make their way in the world.

Dee leads a simple life. She doesn’t have any plans that are more than two weeks into the future, her idea of a bank account is tucking money into the pages of a book, and she teaches yoga. Feeling the pressure to get her life together she takes a job modelling for a health insurance company and meets millionaire businessman Ethan.

With his help she navigates the business world but she is terrified of long-term. Just thinking about the future causes a panic attack, and as Ethan tries to get closer she pushes him away.

Just Breathe felt a little like two books. For two-thirds the book was measured and felt a lot like chick-lit. The last third was very much contemporary romance. I really enjoyed this book but I think it was a little longer than it needed to be. The author went to a lot of effort to tie off every loose end and personally speaking, I think she really could have just left a few of them dangling.

“We’re going to talk and you are really going to listen to me. Because this isn’t coming from Kelsey, your awesome assistant who knows and sees all, but Kelsey, your friend, who cares about you as a person and the overall condition of your soul. You are heading down a very dangerous path, Sadie. If this promotion was the One Ring, you would be Gollum. If it was the white whale, you would be Ahab. If it was the Iron Throne, I’m pretty sure you would be a Lannister, and nothing good ever happens to a Lannister.”

Sadie is a shoo-in for the job as director of the Kentucky Tourism Commission. That is until the government decide to bring in some fresh blood. Now she has to compete for the job that was supposed to be hers with a flashy, over-confident PR man from Atlanta.

With the battle escalating and everyone in the office taking sides, Josh and Sadie need to settle their differences and find a way to work together before the entire office descends into all out war.

My Bluegrass Baby is great fun. It has elements of romance, chick-lit and travelogue all rolled into a quirky book about a woman who loves Kentucky just a little more than is healthy. Reading this book I really got the sense of just how much Molly Harper loves her home state. The book has Molly Harper’s trademark snarky sense of humor and will sit very comfortably on a book shelf right along side And One Last Thing, her other foray into chick-lit.

Many thanks to Pocket Star Books (Simon & Schuster) and Edelweiss for providing me with this ARC.

Penny is approaching 40, single, with no friends and a job that is sucking the life out of her. Even her family don’t think she will ever amount to much.

Desperate to turn her life around she quits her job as a school nurse and manages to find a job working in the oncology ward at her local hospital. Caring for cancer patients she is able to find the self worth that has eluded her. But every step forward she takes, her critical and overbearing mother is dragging her two steps back.

A Penny’s Worth is very much a Cinderella story, complete with the wicked step-mother and sisters. It’s a fairytale for adults which never gets overly complicated and always manages to stay positive and upbeat.

Many thanks to Fingerpress and Netgalley for providing me with this ARC.