An eccentric millionaire leaves a cryptic clue that alludes to a fortune hidden somewhere in Eagle’s Nest and treasure hunters have flocked to the area. Greed and desperation quickly turn to violence and murder. And adding to the town’s troubles, a woman and her young child have disappeared.

Harry Potter, Amber Farrell, Mercy Thompson, and anything written by Sarah Lyons Fleming are that for me.

It’s hard to be objective when you love a series as much as I love this one. 5 Stars. 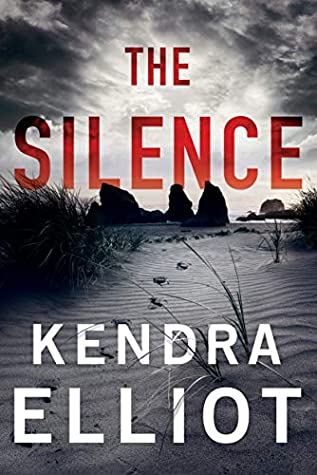 A paranoid conspiracy nut is murdered outside Portland, and Detective Mason Callahan catches the case. While at his home he stumbles upon a plot blow up a government building but as the police race there a sniper starts shooting, killing and injuring multiple police officers.

With the killer seeming to taunt the police and leads thin on the ground, Ava and Mason find themselves in the killer’s sights.

The Silence is an entertaining book that bends under the weight of the unlikeliness of the plot.
Was it too much?
It probably depends on where you are coming from. If you want a police procedural that’s true to life, this isn’t your book. But if you want some entertaining romantic suspense you’ll probably love this book despite the few liberties the author takes. 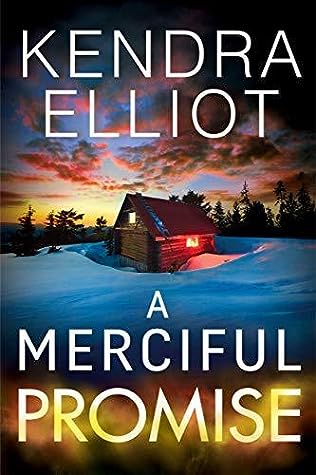 Mercy finds herself seconded to the ATF to infiltrate an anti-government militia. Intelligence suggests they have illegal firearms and explosives and plan on acting against the government.

Meanwhile her fiancé, Truman, is investigating a series of execution style murders in his town.

The Mercy Kilpatrick books are a rare pleasure for me. These are the books I wait for and when I finally get them I just want them to go on forever. A Merciful Promise is another seat of your pants adventure in a series that is yet to disappoint me.

Many thanks to Montlake Romance for providing me with this review copy. 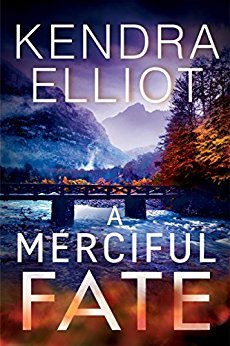 When Ollie and his dog Shep discover human skeletal remains on a remote trail in the woods he also discovered the first clue in a case that has been cold for 30 years.  Thirty years earlier an armored car was robbed. The mastermind was caught but the rest of the gang escaped and were never heard from again.

Rumors had the gang crossing the border into Canada but if the bones are any indication maybe the gang never even left the area. Now the case has landed on the desk of Special Agent Mercy Kilpatrick and it’s up to her to track down the other criminals. And everything is pointing towards locals, people she knows being involved.

Kendra Elliot is just great.  This book, this whole series is great. Honestly I can’t think of a bad thing to say about it.  It’s well written, great characters, the stories are unique. In every way this series is just a little bit better than the competition. I gave the first 3 books to an 85 year old retired police officer and he loved them. It’s no surprise, I know that Mercy Kilpatrick is a winner.

Many thanks to Montlake Romance and Netgalley for providing me with this review copy.

I’m not entirely sure how to review this series. Honestly, I’m supposed to be reviewing Book #4 A Merciful Silence, but while I’m sure you could pick up book four without having read the first three I think the series is better if taken as a whole.

Mercy Kilpatrick grew up within a community of preppers.  These are the people who are preparing for TEOTWAWKI (the end of the world as we know it). They have a lot of guns, they know how to grow and can food, they are survivors.  Some of them are paranoid and honestly unhinged others are just self reliant folks who are good to have around in a pinch.

Then as a teenager she was forced to leave. Her family shunned her and she found herself having to make her own way in the world. Now after many years away she is an FBI Agent and has returned to the town she ran away from to investigate a murder.

This series is Romantic Suspense at its best. Honestly I often struggle with the genre, I find the level of violence troubling, but while this series does have that –– there is murder and violence –– the underlying story is strong and the characters make it worth the effort.

So highly recommended with the one caveat that there are occasional graphic depictions of violence. Even with that I’m rating the series 5 stars.

A review copy of A Merciful Silence (book 4) was given to me by the publisher.