Aidan, the Fire Touched was taken by Underhill many hundreds of years ago and has spent those centuries at her capricious whim. With the help of Zee and Tad he has managed to escape and run straight to the Tri-Cities –– to Adam, Mercy and the pack.

But the Fae don’t give up what they consider to be theirs’ easily and the Grey Lords send a troll to reclaim him. Adam and Mercy manage to defeat the troll but in doing so Adam is injured, leaving Mercy as the pack’s leader. With little thought for the ramifications she offers Aidan sanctuary, declares the Tri-Cities to be their territory, and threatens war with the pack to anyone who violates their borders.

For their part, the Grey Lords are divided, some would welcome a war, while others know that a war with the werewolves would have no winners. It is up to Adam and Mercy with the help of Zee to avoid a war while strengthening their claim to the Tri-Cities.

Fire Touched is one of the better of the more recent Mercy Thompson books. Mercy who has been shunned by some of the pack very much comes into her own in this book and finally gets the acceptance of those pack members who have avoided her, and for her part she fully embraces her place in the pack.

The book feels very much like the setting of a scene and ties in quite neatly with Dead Heat (Alpha & Omega Book 4). I’m not sure where the series is going from here, but I’m guessing something big is coming. Honestly, I’m champing at the bit to get the next in the series and I haven’t felt like that since Bone Crossed. 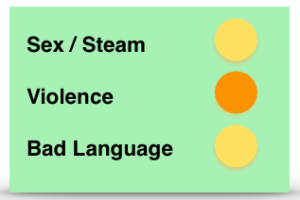 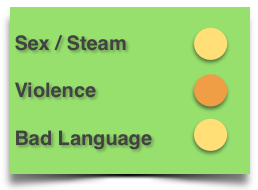 Christy, Adam’s ex-wife, shows up in pack territory after her latest lover turns seriously weird on her. Adam, a natural protector puts her up but she immediately starts subverting Mercy’s position in the pack. Then the crazy stalker guy shows up and the body count rises.

I read Moon Called, book one in the Mercy Thompson series a while ago, but despite enjoying the book a lot I walked away. The main reason was the price of the Kindle version is about 50% more than a paperback and it seemed a bit unfair paying more for something which essentially costs the publisher a fraction of the price. Anyway, that just goes to say I haven’t read any other books in the series except book 1.

This book is good. It’s great fun but it doesn’t quite work as a stand-alone. If you like paranormal romance…if you like books about vampires, werewolves, shifters and fae, this book is for you. But I think the series needs to be read in order and If spending something like $85.00 buying eight books makes you blanch, there are other much cheaper options. Faith Hunter’s Skinwalker series is every bit as good in my opinion and half the price. 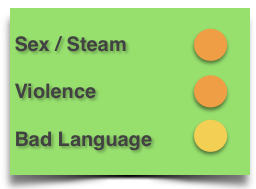