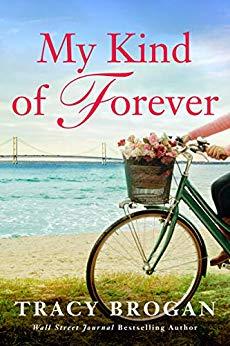 Brooke has managed to live her life taking care of others. When her mother died she took care of her two younger sisters. After college she returned to Trillium Bay as a teacher and now she has taken on the job of Trillium Bay’s youngest mayor.

But life seems to be passing her by and while everyone around her is finding love and starting families she’s still alone.

Leo is the new bartender in town and there are immediate sparks but Brooke knows that Trillium Bay isn’t for everyone and Leo will most likely move on when the tourists leave.  She wants her forever and Leo most definitely isn’t the settling down sort of man.

My Kind of Forever is old school contemporary romance. It’s a comfortable, easy and enjoyable read. 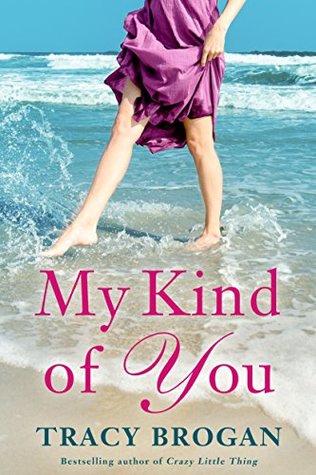 Twelve years ago, Emily left Wenniway Island. She ran off with her summer romance, and burned all her bridges on the way. Now divorced and with a twelve year old daughter she is flat broke and back on the island. Her grandmother has offered her a lifeline, a job renovating one of her cottages and turning it into high end tourist accomodation.

Ryan is a project developer who finds himself on Wenniway Island when his recently widowered father takes up with a woman. A woman he is convinced is a gold-digger. When he meets Emily there is an immediate attraction but his home is Sacramento and her home is San Antonio. And as they get to know each other the complications just keep piling up.

Contemporary Romance is very much a safe place for me. But in the sub-genre that is CR there is both good and bad. Tracy Brogan is well and truly in the good camp. Her stories are about family, relationships, love and home. She always delivers exactly what I want from CR.

Many thanks to Montlake Romance and Netgalley for providing me with this review copy.

After her rat ex-boyfriend released a sex tape to the media, Delaney decides she needs to escape the scandal, the paparazzi, and the reality TV show about her celebrity family. She withdraws all her money, buys a beat-up old Volkswagen and heads for the middle of nowhere –– Bell Harbor, Michigan. There, she rents a ramshackle old house and settles in to ride out the scandal.

Grant is the cameraman on an adventure tv show. That is until his girlfriend decides the star of the show is better prospect than a lowly cameraman. Angrily, he quits and heads home to Bell Harbor. Only, when he arrives he finds out that his mother has rented out his house to Delaney, that Delaney paid the entire six months rent in advance, and his mother has already spent the money.

With very few options Delaney agrees to allow Grant to live in the house until he can get her money back. As the days go by their attraction to each other builds but Delaney is keeping her secrets and Grant knows it, she also knows that Grant loathes the Hollywood fakery and she is ultimate symbol of that. It’s very likely she will lose the first decent man she has known when reality comes crashing back in.

So yeah, you’ve probably read something like this before, but Love Me Sweet still sparkles. It’s great fun and entertaining. 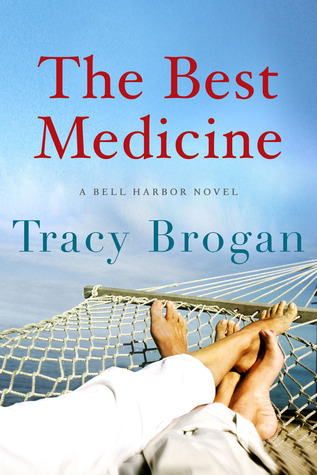 When Evelyn turns 35 she smashes right into the ticking time bomb that is her womb. With the help of her two closest friends and aided by a list of attributes the perfect guy should have she begins her quest to find Mr Right. But the dating world is turning out to not be all moonlight and roses.

When Tyler lands in the Emergency Department after an accident on a stolen Jet-ski Evelyn feels an immediate twinge in the pants department –– but on her perfect match meter he rates an absolute zero and adding to his dismal prospects, he’s 10 years younger than her. But the pants will want what the pants will want.

The Best Medicine is pretty damned classy contemporary romance. Those of us who read a lot of the genre can recognise a trope from a mile away, but Tracy Brogan has delivered a surprisingly refreshing story about two people from different worlds who are attracted to each other despite their differences. It’s an entertaining and upbeat story, and a great book to read on a lazy Sunday afternoon.